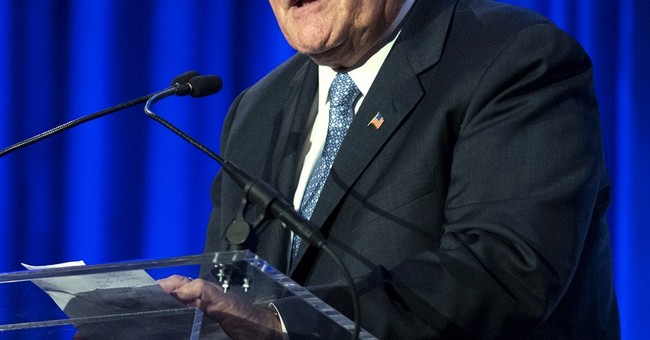 In a speech to the New York delegation Thursday morning at the Republican National Convention, former New York City Mayor Rudy Giuliani picked up where he left off after his fiery, impassioned speech Monday night.

In particular, he set his sights on the Clintons, arguing they, not the Republicans, are the ones who have demeaned women throughout their careers.

“In the last 20 years, the biggest war on women has been conducted by Bill Clinton. Bill Clinton was a predator president,” Giuliani said.

The current Democratic nominee is not innocent either in the Lewinsky scandal, Giuliani continued.

“If Monica Lewinsky hadn’t come up with the dress, they would have destroyed her,” he said. “This is a woman who cares about women?”

All Hillary Clinton cares about is power, he concluded.

Giuliani’s rhetoric pushes back at the narrative that Donald Trump is a dangerous choice for women, thanks to a history of controversial comments about the opposite sex.

As for Trump’s running mate, Indiana Gov. Mike Pence, he has been accused of “putting women’s health at risk” because of his pro-life, conservative policies.