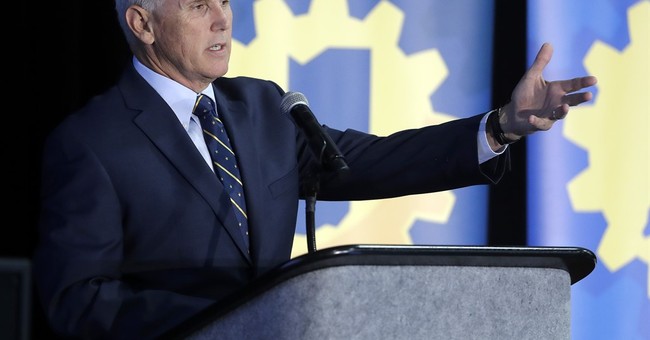 If you signed up for texts from Hillary for America, you got some desperate reactions to Donald Trump's vice presidential announcement Thursday morning. Almost immediately after Trump tweeted that Indiana Gov. Mike Pence was his guy, the Clinton campaign texted their supporters some information about him. Up first was how Pence's pro-life record proves he would "put women's health at risk."

If you texted MORE, you got a few follow up messages with information that Pence also supported an anti-LGBT law that cost his state $60 million and "slashed funding for higher education." In terms of the former attack, Hillary for America was presumably talking about the Religious Freedom Restoration Act, which, thanks to broad language, appeared to allow business owners to cite their religious beliefs when turning away homosexual customers. A revised version, Pence insisted, prohibited any such discrimination. The law, the governor said, was intended to protect employers' religious freedom.

The Clinton campaign has released an ad arguing MORE of the same narrative they spun via text - that Pence is dangerous.

Clinton campaign drops Pence attack vid before Trump campaign has any mention of Pence on their website: https://t.co/Brz3Bavt0O