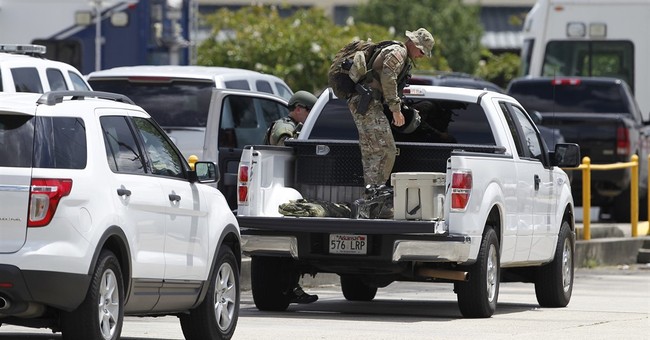 Three Baton Rouge policemen were murdered on Sunday in an ambush near police headquarters, three others are injured. As the city searches for answers and as the press tries to find any and all information about the fallen men in uniform, one particularly chilling Facebook post written by fallen officer Montrell Jackson on July 8 has caught social media's attention.

Last week, Jackson and his fellow men and women on the Baton Rouge force were dealing with the aftermath of the tragic death of Alton Sterling, who died at the hands of police. The officer posted these words, summing up in a paragraph how vulnerable he now feels every time he puts on the uniform.

This Facebook post by slain #BatonRouge Officer #MontrellJackson is gut-wrenching, but you need to read every word pic.twitter.com/r5TR5ZSbk6

How unnerving that our nation's police officers are being treated as "threats" although they have signed up to serve and protect our communities. As Cleveland Police Detective Steve Loomis asked Sunday morning, "How the hell" did they become the bad guys?

Another Baton Rouge police briefing will be held Monday at 1 p.m. CT. Hopefully we get answers.

Here's a picture of Jackson and his young son. He was 32 years old.