Cleveland Police Detective: How the Hell Did We Become the Bad Guys? 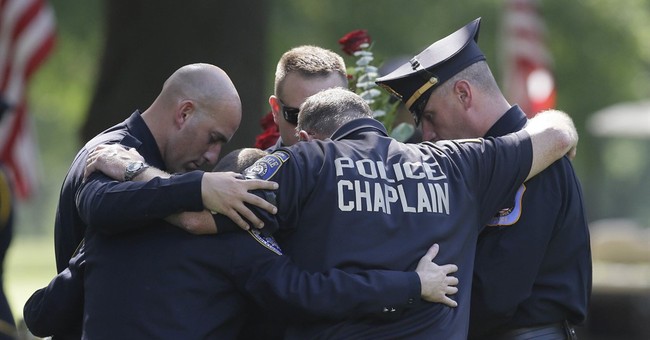 As the families of the fallen Dallas police officers are still mourning their loss, another city has been racked by police murders. Three officers have been killed in an ambush near police headquarters in Baton Rouge, Louisiana on Sunday, with four more injured. In response to this latest deadly encounter, Cleveland Police Det. Steve Loomis asked a question during a Fox News interview no man or woman in uniform should have to.

Det. Loomis: "How the hell did we ever become the bad guys in this country?" #BatonRouge https://t.co/XjftkDGlmqhttps://t.co/oIyAz8tpCT

Loomis, who is currently focused on protecting attendees at this week's Republican National Committee convention, blamed the devastating relationship between police and civilians in part on the divisive rhetoric of President Obama, an irresponsible media and a disrespectful Hollywood who spews hate toward cops.

"If you're blessed with celebrity, use that for good and not evil," Loomis said.

"We have to come together," he urged.