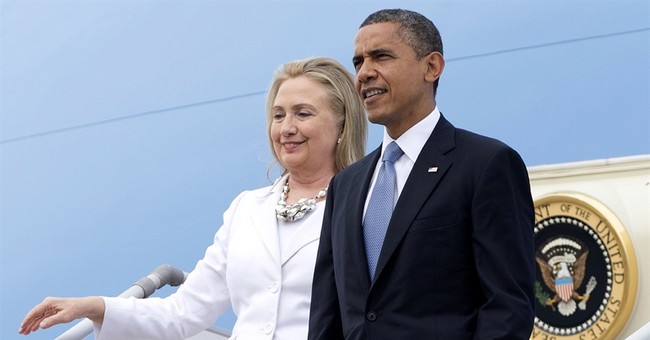 Why is President Obama allowed to use Air Force One on the campaign trail with Crooked Hillary? She is flying with him tomorrow. Who pays?

Air Force One costs taxpayers $206,337 an hour, CBS News reminds us. Per campaign rules, Clinton’s team will be expected to help pay for the flight.

Clinton and Obama are campaigning in North Carolina because the state is one of a few that could very well decide the next commander-in-chief. Neither party can claim it as a sure victory. Obama won the Tar Heel State in 2008 but lost four years later. Trump’s team is also aware of the stakes and is holding a rally in Raleigh on Tuesday.