Trump Indicates He May Name Cabinet Members Before the Election 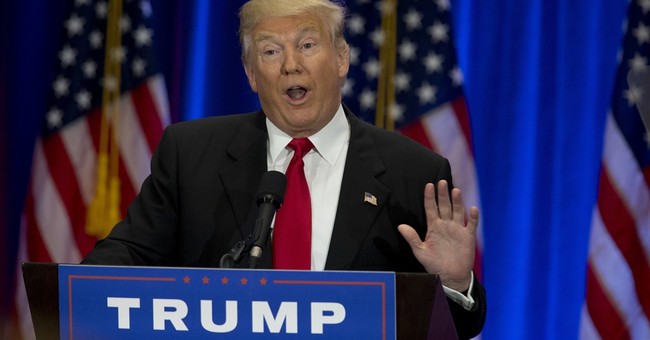 Presumptive GOP nominee Donald Trump may do something that’s never been done before – hey may name members of his cabinet ahead of the general election.

When radio host Hugh Hewitt made the suggestion Thursday morning, Trump said he “liked the idea.”

“I think I might be inclined to do that,” he said.

In particular, Hewitt noted it could be a smart campaign move that would prove to nervous conservative voters that he is putting together a serious team to take on national security issues. The Republican nominee has already released his choices for the Supreme Court - a list that was received warmly by conservatives.

However, CNN analyst and former President Obama adviser David Axelrod noted on Thursday that Trump naming his cabinet early could come back to bite him, especially if one if those people makes a huge gaffe ahead of the election.

Trump also weighed in on his potential vice presidential picks on Thursday morning. Hewitt suggested Sen. Tom Cotton and Gov. Chris Christie, both of whom has a record of taking on terrorism, would be helpful in terms of national security. The candidate agreed, but it looks like we're going to have to wait a bit before he is ready to make an official announcement.

“Well, I can say, I can’t give you any clues or anything right now, because I do have a lot of respect for those two guys," Trump said. "But I have a lot of respect for others, also. Chris came out very early and endorsed me. I’ve gotten very good, you know, very good statements from Senator Cotton, who is a, you know, who I know, whose parents I know and met. I think that he is a very talented guy. He’s also very popular. He’s a very popular person. So these are two names that I have high on the list for something at least, that I can tell you.”