Voters Not Likely to Invite Hillary to a BBQ, New Poll Finds 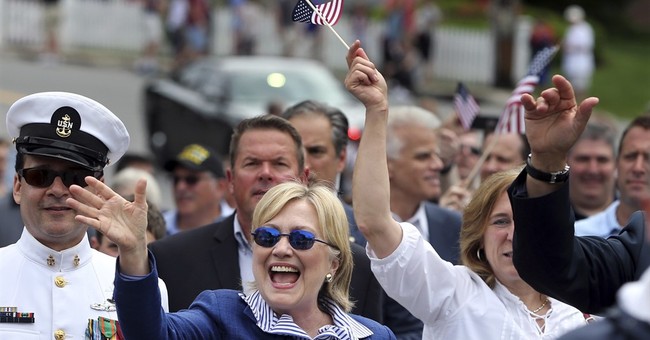 Hillary Clinton may have a slight edge over Donald Trump in a new national Quinnipiac poll, beating him 45 to 41 percent, but when it comes to the candidates’ personalities, voters think she’s a real party pooper.

But on a lighter note: as the summer months go on, voters would rather invite Trump to a backyard barbecue over Clinton, 47 to 39 percent.

There’s something to be said when a 76-year-old Democratic socialist from Vermont does a better job connecting with millennials than you. Yet, that’s where Clinton finds herself in the primary against Bernie Sanders, failing to overcome her establishment baggage.

Every time she speaks to the media, her inability to connect to “everyday Americans” is painfully apparent. Two years ago, she told ABC’s Diane Sawyer that she and husband Bill were “dead broke” upon leaving the White House, despite later reports revealing the couple had been paid thousands of dollars in speaking engagements. Moreover, she continues to sigh and dismiss questions about her email scandal, insisting she is innocent of wrongdoing.

Presidential qualities are important in a candidate, but so is personality. President George W. Bush’s charm and candor, for instance, helped propel him to two terms. Clinton, meanwhile, has routinely been labeled a liar by the electorate.

This isn’t saying that Trump is all that more likable than Clinton. The Quinnipiac survey proved yet again these two are running for the ultimate unpopularity contest.

I guess it’s safe to say neither of these two can expect party invitations anytime soon.