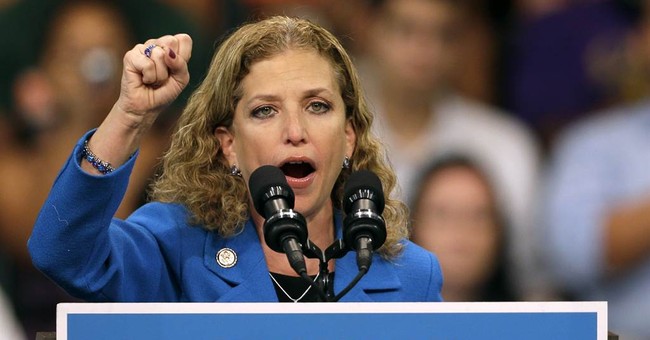 The closer we get to the Democratic convention in Philadelphia, the more the hostility between Bernie Sanders and Debbie Wasserman Schultz surfaces. Last week, Sanders told CNN he was rooting for the Democratic National Committee chair’s primary challenger Tim Canova, noting his policies better align with his. Sanders didn’t just talk the talk – he is even raising money for Canova in his primary effort.

While the Vermont senator says he’s supporting Canova because he is a more convincing progressive, another reason he’s refusing to support Schultz’s reelection efforts could be how she has treated his presidential campaign. As head of the DNC, Schultz made decisions that obviously favored Hillary Clinton, such as scheduling few debates, some of which were scheduled for weekend nights when few would be watching. After the chaos that ensued in Nevada earlier this month, Schultz frustratingly urged Sanders to denounce his supporters’ behavior. Sanders’ team insisted their candidate condemns any kind of threats and accused the DNC chair of “throwing shade” at his campaign.

His team is doubling down this week. On “Fox and Friends” Wednesday morning, Sanders’ campaign manager Jeff Weaver concluded that the situation has become personal for Schultz.

“I think it became very personal for her,” Mr. Weaver said. “She has lashed out at the campaign…on a number of occasions - these joint fundraising agreements which took money from state parties and gave it to the DNC.”

Weaver also sounded off on Clinton supporter Sen. Barbara Boxer (D-CA) this week, rejecting her claims that Sanders supporters threatened her in Nevada.

Sanders’ contrast to Hillary Clinton and the Democratic establishment is evident in a new ad that asks voters to pick a “new direction” for the Democratic Party.

Sanders says in the ad that voters should push to "break the back of a corrupt" campaign finance system, "stand up to Wall Street" and "fight for tuition-free public colleges and universities."

“What choice do Californians have in this election? The biggest one of all," Sanders says in the 30-second ad released Tuesday. "California, it's a long way to Washington, but you can send them a message they can't ignore."

In a year of the outsiders, messages like these threaten to jeopardize Clinton’s White House chances.

Will the internal struggle within the Democratic Party hurt the Democrats’ chances this November? After all, Republicans are beginning to unite behind Donald Trump one-by-one – even some people who were his most vocal critics last fall.