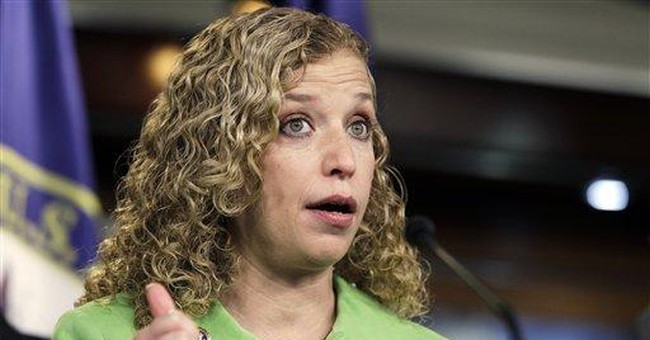 DNC Chairwoman Debbie Wasserman Schultz probably never thought one of the Democratic candidates for president would end up targeting her in the 2016 race—but that’s exactly what’s happened.

Analysts still see Canova as a longshot bid to topple Wasserman Schultz and deny her a seventh House term. But Sanders’ intervention has given the challenger a much bigger profile, and already is helping him raise hundreds of thousands of dollars.

“Like Bernie, we are running a campaign that is funded by working Americans, not corporations or wealthy elites,” Canova said. “Our political and economic systems are rigged in favor of the billionaire class and establishment politicians like Wasserman Schultz.”

In announcing his endorsement over the weekend, Sanders initially told CNN he’s backing Canova because “his views are much closer to mine than to Wasserman Schultz's." But he pulled no punches when it came to the incumbent, making clear that if elected he’d fire her as DNC chairwoman. In his Canova fundraising email, he said: "The political revolution is not just about electing a president, sisters and brothers.”

Canova told Fox News’ Neil Cavuto on Monday that “She’s concerned about her re-election and she should be.” But Wasserman Schultz, who won re-election in 2014 with more than 60 percent of the vote, seems unfazed.

"I am so proud to serve the people of Florida's 23rd district and I am confident that they know that I am an effective fighter and advocate on their behalf in Congress," she said in a statement.

2016 has been anything but predictable, so we’ll have to wait and see if Sanders’ efforts on behalf of Canova will pay off.