Al Gore Says There Is 'Hope' For Trump on Climate Change 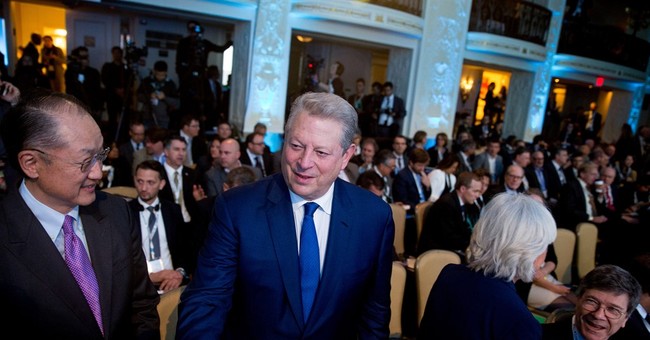 Al Gore has proven to be a single-issue voter. For years, all he's been talking about is the weather. It appears, however, that the country’s most famous environmentalist is not yet convinced that Democratic frontrunner Hillary Clinton would be the best-qualified candidate to take on climate change. He has yet to endorse her – or anyone – in the 2016 race.

Is it possible that Gore, who has linked climate change to the refugee crisis, health and more, likes what he’s hearing from Clinton’s opponent Bernie Sanders? Certainly, it seems the Vermont senator has been more vocal about taking on climate change than his opponent. At a Democratic debate, he even equated it to terrorism.

Gore indicated that he will support the Democratic nominee regardless of who it is during an interview that aired on “Today” Monday morning. Yet, he noted that a Donald Trump presidency may not be the end of the world. Even after “Today’s” Anne Thompson presented Gore with some of Trump’s controversial comments regarding global warming, including the time he called it a “hoax,” Gore was comforted by the GOP candidate’s malleability.

But he left open the possibility that there could be some "hope" with Trump.

"I'm not Pollyannaish about it, but I do think that there is still some basis for hope," Gore insisted.

It’s been ten years since Gore starred in an “Inconvenient Truth” and many of the film’s dire predictions have not come true. As his climate theories get discredited one-by-one, will a Gore endorsement carry any weight in November?

FISA Court Ruling Confirms Obama's DOJ Illegally Spied on Carter Page
Matt Vespa
Where Did All of These Haitians Come From and Why Are They at the Border Now?
Julio Rosas
Tim Scott Slams Dems For 'Walking Away' From Police Reform Negotiations
Reagan McCarthy
Reports: Taliban Hunting Down US Allies, Persecuting LGBT Afghans, Repressing Women