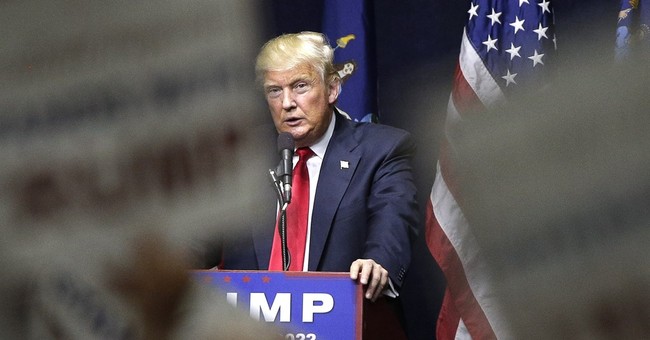 Now that Donald Trump is the last Republican candidate standing and the eventual nominee, the media is starting to guess who he will choose as his running mate. Meanwhile, Trump’s all but securing the nomination is bad optics for Hillary Clinton, who still hasn’t managed to put away democratic socialist Bernie Sanders. That doesn’t mean she isn’t setting her sights on the general, however, attacking Trump repeatedly in her media appearances on Wednesday.

Trump Fallout: Now that Trump is the presumptive GOP nominee, angry "Never Trump" Republicans have been burning their registration cards and vowing to vote third party. Sen. Ben Sasse (R-NE) even dropped hints he may run as the alternative nominee. Or, will libertarian candidate Gary Johnson siphon those lost Republican votes?

Then, on Thursday, Mitt Romney, who already told us how he feels about Trump, noted he will not be going to the convention. It seems there’s no love lost, if Trump’s interview with The Washington Post last month is any indication.

How many Republicans will take Romney’s lead and refuse to support Trump?

Ready to Take on Hillary?: In a conversation with CNN’s Wolf Blitzer on Wednesday, the businessman noted how embarrassing it is for Clinton to still be battling for the Democratic nomination. He compared it to a football team that couldn’t get the football over the end zone. He has also slammed her for using the “woman card.” If she wasn’t a woman, he said, she would be nowhere near the presidency. His rhetoric indicates he’s more than ready to take on the struggling female candidate.

VP Rumors: Sen. Marco Rubio? Gov. Susana Martinez? Both names have been thrown around by pundits. Could the Florida senator, however, accept the title, after being dismissed by Trump as “Little Rubio” on the campaign trail? Why not? Ben Carson is now a Trump surrogate even after the business mogul mocked his violent childhood. As for New Mexico Gov. Martinez, the media notes she could help his image both with women and Latinos. Other names that are surfacing include Newt Gingrich, Mike Huckabee and John Kasich, the last of whom Trump said he’d be “interested” in vetting.

We don’t know who Trump will choose as his running mate, but we do know who’s going to help vet the candidates. Dr. Carson will be on the vice presidential selection committee.

Hillary Clinton: Clinton called Trump a “loose cannon” a handful of times during her interview with CNN’s Anderson Cooper on Wednesday. Electing him, she said, would pose a danger to the country. She also had some criticism for the media, whom she said has failed to ask Trump any tough questions.

Bernie Sanders: Several Thursday headlines feature the word “why” in reference to Sanders’ never-ending campaign. Yet, despite his superdelegate deficit, Sanders is not quitting. He told CNN he will continue his “uphill” battle against the establishment candidate.

Saturday, May 7 - Democratic caucus in Guam