Ben Carson on Trump Insulting Hillary’s Looks: ‘I Wouldn’t Do it’ 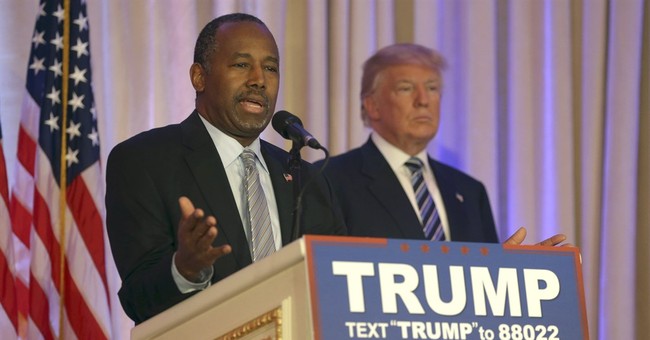 In his Tuesday appearance on Fox News’ “Outnumbered,” former presidential candidate Dr. Ben Carson weighed in on Donald Trump’s most recent controversial comments. After referring to himself as “handsome” during a campaign event in Pennsylvania on Monday, Trump asked his crowd of supporters if Hillary Clinton looked presidential, suggesting that her looks should disqualify her.

The “Outnumbered” panel asked Carson if those remarks were appropriate.

“I wouldn’t do it,” Carson admitted. Yet, he explained away the businessman's comments by concluding “it’s Donald Trump.”

Can Trump keep getting away with these insults about his opponents' looks by chalking it up to his bombastic personality? the panel wondered. After all, he already has a steep gender gap in this election, thanks in part to his history of unconventional remarks toward the opposite sex.

In the same conversation, Carson also noted how his former supporters all over the country tell him they “don’t like Trump.” But, he is confident they will show up for Trump come November.

Since endorsing Trump, the retired neurosurgeon has been blamed for hurting the frontrunner's campaign more than he has helped. For instance, Carson has noted Trump's “major defects” and that he wishes he could have endorsed another candidate. He even acknowledged he could even see himself as part of the “Never Trump” movement if the political environment was different.

We can’t accuse Dr. Carson of not being honest.