Clinton Is "Appalled," Compares Sanders to Trump on Abortion 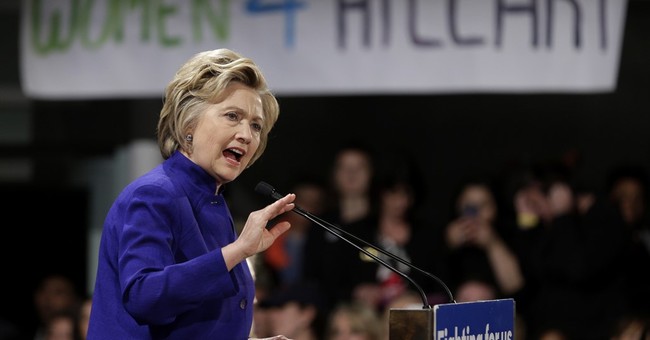 Before the votes in New York were tallied, Hillary Clinton got a few more hits in on her opponent Bernie Sanders. Instead of exposing the holes in his "break up the big banks" plan, this time she was taking aim at his record on abortion rights.

When Donald Trump made the controversial remark that women should be "punished" for having abortions if the procedure became illegal, Sanders suggested the businessman's rhetoric was a distraction from more important campaign issues. At the time, Clinton said Sanders' response was shameful and insisted abortion rights were a serious discussion. The Vermont senator, offended by Clinton's comments, insisted she had taken his remarks "out of context."

Clinton had no interest in apologizing, however, and on Monday she was ready to remind New York voters about Sanders' abortion comments, suggesting his rhetoric makes him no better than Trump.

"When Trump said what he said about punishing women [for having abortions], I was appalled," Clinton told the crowd of Democratic supporters on Monday afternoon in Manhattan. "That is a core issue and when my opponent in this primary said it was a distraction, that he wanted to talk about the real issues, I was appalled again."

Clinton knows New Yorkers have more progressive views than the average state and therefore it seems her abortion rights rhetoric was strategic. When it is most politically convenient, the former New York senator has tried to paint herself more liberal than Sanders.

Based on Tuesday's results, it worked.