Cruz: "We Don't Need Another Lecture on Islamophobia" 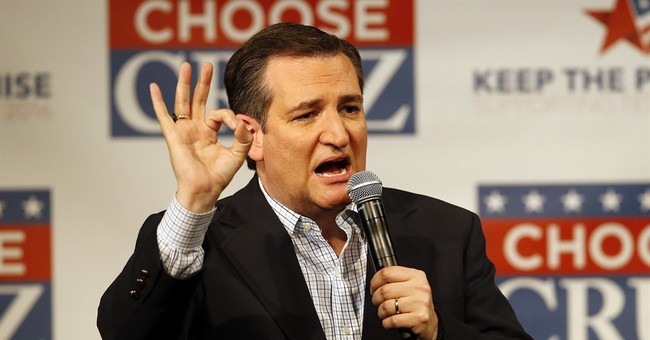 Sen. Ted Cruz (R-TX) spoke to the press in the nation’s capital Tuesday morning to address the horrific terror attacks in Brussels. He mourned with the victims’ families, then pinned the blame on failed leadership both at home and abroad.

“Today’s attacks in Brussels underscores this is a war,” Cruz said. “This is not a lone war. ISIS has declared jihad.”

“It is way past time we have a president who will acknowledge this evil and will call it by its name and use the full force and fury to defeat ISIS,” he continued. “Until they are defeated, these attacks will continue. Their target is each and every one of us.”

Cruz, one of five remaining presidential candidates, urged America needs a leader who is not afraid to speak about terrorism in bold terms.

“We need a president who sets aside political correctness,” Cruz insisted. “We don’t need another lecture about Islamophobia.”

More than a change in rhetoric, Cruz noted we need a more robust security process. The Brussels attacks, Cruz said, are “the fruit of a failed immigration policy in Europe.”

He called the president’s plan to allow thousands of Syrian refugees into the States woefully wrong. We need “serious vetting,” he said.

Asked to address his rival Donald Trump’s suggestion on Monday that the U.S. withdraw from NATO, Cruz appeared visibly disgusted.

Cruz also slammed the president’s trip to Cuba, before suggesting Obama book the next available flight to Brussels.

It will be interesting to hear President Obama’s tone at this morning’s press conference from Cuba and how it compares with Cruz’s unequivocal response.