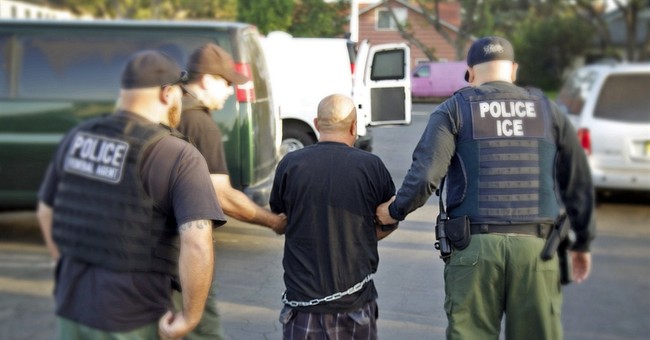 Last year, Immigration and Customs Enforcement Director Sarah Saldaña said that her department did not have adequate resources to deal with the consequences of illegal immigration. Now, senator and presidential candidate Ted Cruz is joining his colleague Sen. Jeff Sessions in introducing a bill to help the agency enforce our laws. Here’s how the ICE Agent Support Act of 2016 would help ensure justice is served, according to a new Cruz press release:

This legislation would provide ICE’s Enforcement and Removal Operations with dedicated, substantial revenue from statutory fines and penalties for illegal aliens that are not currently being enforced by the Obama administration, but would generate hundreds of millions of dollars in revenue each year. The relevant statutory provisions call for fines and civil penalties for refusing to leave the United States after being ordered or agreeing to do so, using false documents, or engaging in marriage fraud.

These funds, Cruz and Sessions wrote, would be used by ICE to track, identify and detain criminal immigrants, and purchase weapons and vehicles necessary for the agency to do its job.

ICE came under fire last year following the tragic death of Kate Steinle. Steinle was killed by an illegal immigrant in San Francisco over the summer who had no business being in the country. He had been deported five times. Her family sued ICE after her death, along with the city sheriff and the Bureau of Land Management, insisting they should have identified and removed her murderer long before he pulled the trigger.

Before introducing the ICE Agent Support Act, Cruz promoted Kate’s Law, which inflicts punishment on anyone who reenters the country illegally. The common sense legislation is popular with Americans. Yet, Democratic Senate Minority Leader Harry Reid did everything he could to block it.

Kate’s Law, coupled with the ICE Agent Support Act, are just a couple concrete steps to guarantee that these agents have the resources necessary to protect future Kate Steinles.