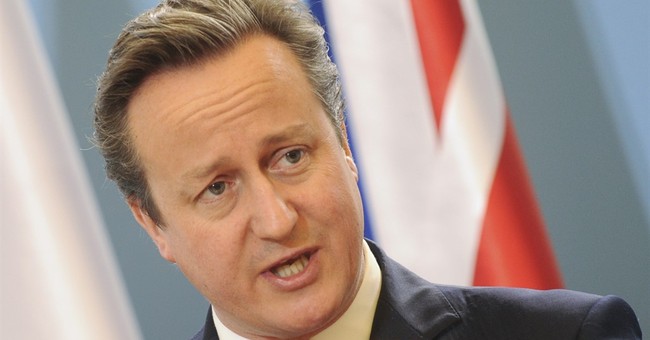 In their latest graphic video, the Islamic State is reportedly seen shooting and killing five hostages they claim spied on behalf of Great Britain. Seeking revenge, the terror group warned Prime Minister David Cameron there would be more murder to come. In their statement, they called Cameron a "slave of the White House" and "mule of the Jews."

"Only an imbecile would dare to wage war against a land where the law of Allah reigns supreme," he says. "The Islamic State, our country, is here to stay. And we will continue to wage jihad, break borders, and one day invade your land, where we will rule by the Shariah."

“It’s desperate stuff from an organization that really does do the most utterly despicable and ghastly acts and people can see that again today.”

Media are calling the terrorist in the video the “new Jihadi John.”