The 15 Worst Democrat Gaffes This Election 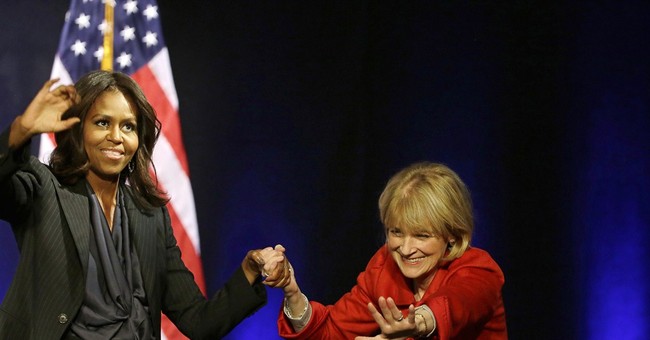 Let's face it, with President Obama's awful approval ratings and the unfortunate consequences of Obamacare felt like a sting around the country, Democrats were already vulnerable in this year's midterm elections. These gaffes certainly won't help. Let's take a look at some of the worst mistakes Dems have made on the campaign trail so far:

1.) That awful/insensitive/shameful and now infamous ad from the Wendy Davis (D-TX) gubernatorial campaign.

2.) Those colorful campaign memos from Michelle Nunn’s (D-GA) campaign, in which her own campaign referred to her as a “lightweight.”

4.) Sen. Mark Pryor (D-AR) struggling to offer an answer as to how the Obama administration has handled the Ebola crisis. MSNBC even mocked him for that interview.

5.) Alison Lundergan Grimes (D-Ky.) refusing to say if she voted for President Obama.

7.) Sen. Mark Begich (D-AK) trying to use Republican Senator Lisa Murkowski in his campaign ad, then ignoring her request to take her picture out of the ad, claiming she simply didn’t like of the picture. (Those easily offended women’s rights groups have yet to confront him about it.)

8.) Sen. Jeanne Shaheen (D-NH) rudely interrupting her opponent Scott Brown (R) during his final comments at a recent debate. She was booed.

11.) Landrieu makes another appearance on this list for having to pay back thousands of dollars to her constituents for flights she took to fundraisers or other campaign events that were inappropriately billed to her Senate office.

13.) The revelation that Mary Burke’s (D-WI) family fired her from their family business for “incompetence.”

14.) DNC Chairwoman Debbie Wasserman-Schultz claiming that President Obama has joined Democrats on the campaign trail, then failing to name even one Senate race for which he's campaigned.

15.) Sen. Kay Hagan (D-NC) neglecting to show up to the final debate with her GOP challenger Thom Tillis in one of the country's tighest races, giving him a whole hour to state his case uncontested. Hagan's absence even prompted a rant from liberal MSNBC anchor Rachel Maddow.

This was quite possibly the quickest/easiest list I’ve ever compiled. I wonder how much it'll grow by Tuesday.