Those Asians Are 'Very Tight,' And Other Memos From The Nunn Campaign 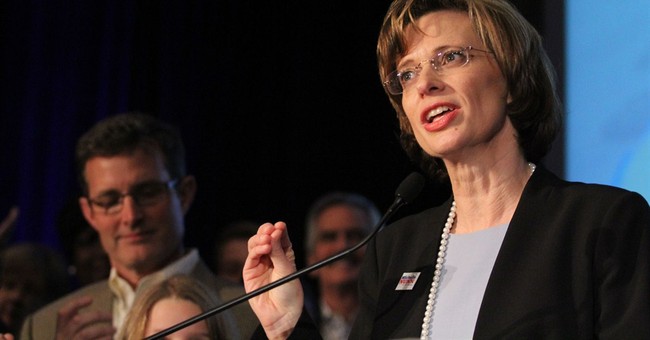 With David Perdue’s win over Rep. Jack Kingston in the Georgia Republican primary, the game is set. But it isn’t without Democratic Senate candidate Michelle Nunn making more mistakes, like, uh, her campaign releasing campaign memos outlining their game plan.

Over at National Review, Eliana Johnson wrote how these memos were posted, albeit temporarily, in December of last year and seemed to have been regarded as confidential. Well, not anymore (via NRO):

Much of the strategizing in the Georgia contest as is typical in southern politics, revolves around race. But the Nunn memos are incredibly unguarded. One is from Diane Feldman, a Democratic pollster and strategist who counts among her clients Minnesota senator Al Franken, South Carolina representative James Clyburn, and former Los Angeles mayor Antonio Villaraigosa. Feldman, who did not return calls seeking comment, is frank in her characterization of the demographic groups — Jews, Asians, African Americans, Latinos, and gays — that are essential to a Democratic victory. The Nunn campaign declined to comment about the document on the record.

The campaign’s finance plan draws attention to the “tremendous financial opportunity” in the Jewish community and identifies Jews as key fundraisers. It notes, however, that “Michelle’s position on Israel will largely determine the level of support here.” That’s a position she has yet to articulate, and Israel goes unmentioned on her campaign website.

Asians are also identified as key fundraisers. The community is described as “very tight,” one in which people work to “become citizens quickly.” Nunn’s strategists also say there is a “huge opportunity” to raise money from gays, bisexuals, and transgender individuals, who are described as having “substantial resources.”

As southern whites have moved to the right, Democrats have been forced to cobble together a coalition of minority voters. Feldman recommends as a goal winning just 30 percent of the white vote while working to increase turnout among African Americans and Latinos. So while Jews, Asians, and gays are characterized as potential “fundraisers,” African Americans and Hispanics are the ones the campaign needs to get to the polls in historic numbers, the document makes clear.

Johnson elaborated on how Democrats know that Nunn will struggle with rural voters, which is why they’re focusing on turning out Hispanics and Blacks in historic numbers; something that’s described as “critical” to victory.

Democrats know that they have trouble with white voters in the South, and Johnson made it clear in her piece that no Democrat has come within the thirty percent mark since 2002.

Then again, Democrats may have jeopardized their hopes of picking up this very winnable seat for Democrats by sharing their playbook. Here's a list of Nunn's faults, which includes "service awards to terrorists."

The Research team will produce a "pushback" document for each identified vulnerability in Michelle's record, as well as common attacks frequently leveled against Democratic Senate candidates

These will be prepared as early as possible and will serve as the basis for our response when attacks are leveled against Michelle. Some, such as the document relating to Michelle's conservation easements, are complex and lengthy; while others will be short "fact checks" pushing back against common distortions (e.g. "Obamacare cut $500 billion from Medicare).

Nunn is too liberal

Nunn is a rubber stamp for Democrats

Nunn is not a 'real' Georgian

Nunn is a lightweight

Points Of Light was established by Bush 41 to encourage volunteering. Nunn became the CEO of the foundation in 2007. Under Nunn's tenure, they gave grants to Islamic Relief USA, a group that Johnson says is legally separate from Islamic Relief Worldwide, which has Hamas ties; but shares their "a common vision, mission, and family identity.”

When it comes to raising money, Nunn’s campaign listed all of their targeted “affinity groups,” or groups with “particular connection with Michelle,” and their messages to each of them. The memo obviously includes women and floats around this message marketed for them to help fill the Nunn campaign coffers: “Women ended the government shutdown. Help me get to Washington where I can bring a much needed [sic] spirit of collaboration.”

You can read the rest of the memos here