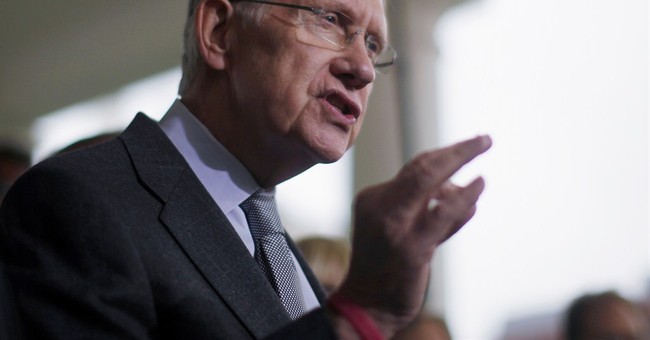 “The dispute has been how to undo the sequester,” Sen. Chuck Schumer (D-NY) told "Face the Nation" Sunday about the collapse of talks to raise the debt limit and end the government shutdown.

But just hours later, Senate Majority Leader Harry Reid (D-NV) contradicted Schumer from the floor of the Senate. “There was one conversation on one of the Sunday shows today that said we were trying to break the caps set in the budget act,” Reid said. “Any talk about breaking the caps is not anything that came from us.”

Here is what Democrats really want:

3) A long-term government funding deal that repeals the Budget Control Act by raising spending. Democrats strongly believe they are winning the government shutdown debate and very much want to have the same fight again once the government is reopened. Except, instead of fighting over whether or not to defund Obamacare, Democrats want to fight over ending the sequester.

That is the Democrats plan going into this week: 1) get a debt limit hike for as long as possible; 2) get a continuing resolution at sequester levels for as short as possible; 3) turn the governemnt shutdown fight from a debate about Obamacare into a debate about repealing the sequester.