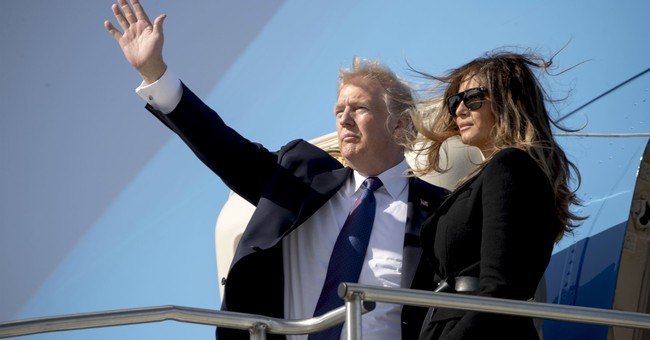 TIME has announced its finalists for the Person of the Year on Monday morning. The magazine awards the title annually to the biggest newsmaker of the year--not necessarily who they believe is the "best" person of the year.

.@TIME releases its Person of the Year finalists. pic.twitter.com/jNxkKyGwhM

Personally, if going by straight newsworthiness, I think the Person of the Year title should go to either Trump or The #MeToo Movement. No offense to people like Jenkins (Wonder Woman was great!), Kaepernick (he definitely drove headlines), or Bezos, but these two seem like the most logical selections.

Trump, for obvious reasons--he's the president of the United States, and he certainly shaped the world in a whole variety of ways this year.

On the other hand, The #MeToo Movement has also been making news for far different reasons. The movement began shortly after the bombshell New York Times expose about Hollywood producer Harvey Weinstein, and since then, dozens of prominent figures across several industries--from Matt Lauer to Kevin Spacey to Mark Halperin to Charlie Rose--have lost their jobs when their victims finally felt empowered enough to speak out about their experiences. Sen. Al Franken (D-MN), Rep. John Conyers (D-MI), and Rep. Blake Farenthold (R-TX) are under investigation for harassment and other allegations. The rumors had circulated for years about both Spacey and Lauer, and now they were finally brought to light and some sort of justice could be served. The #MeToo Movement has seen women become a force, and the "boy's clubs" are being dismantled. It forced society to take a long hard look in the mirror and to confront sexism, sexual harassment, and sexual assault.

It's been an, at times, completely overwhelming movement, but it was one that was far overdue.

The "winner" will be announced on Wednesday. Last year, TIME's person of the year was Donald Trump.