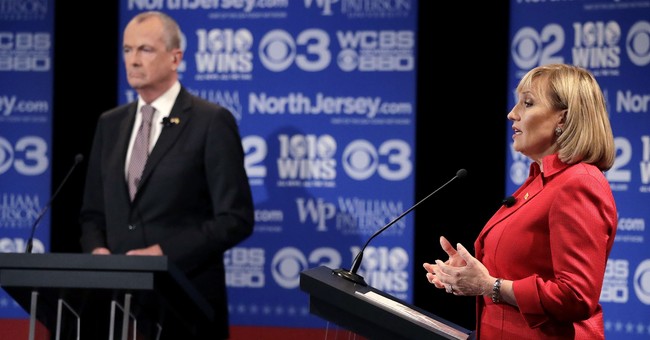 UPDATE: The polls were dead on, as Murphy defeated Guadagno by 13 points--55 percent to 42 percent.

UPDATE: Democrat Phil Murphy has been elected the next governor of New Jersey. CNN projected Murphy the winner right as polls closed at 8 p.m.

Once we have concrete numbers we'll add them to this post, but it was basically a bloodbath in New Jersey for the GOP.

Polls have officially closed in New Jersey, where residents of the Garden State are voting for their next governor. Republican Kim Guadagno, who served as Gov. Chris Christie's lieutenant governor for two terms, is running against Democrat Phil Murphy, a former U.S. ambassador to Germany.

Going into Election Day, Murphy was the favorite over Guadagno, with an average lead of 14 points in recent polls. Guadagno, who made an effort to distance herself from the wildly unpopular Christie, has not been overly successful in this attempt.

If Murphy is voted governor, this will be the first time he has held an elected office.

This post will be updated as the results roll in.