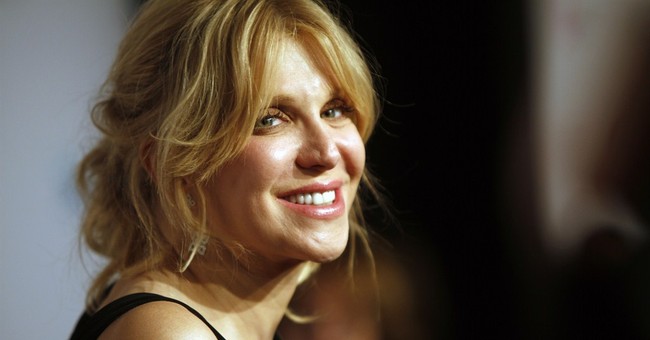 At an event in 2005, singer Courtney Love was asked on the red carpet if she had any advice for young women looking to get into Hollywood. After a long pause and a quip about the possibility of a libel suit for what she's about to say, Love looked directly into the camera and said, “If Harvey Weinstein invites you to a private party at the Four Seasons, don't go."

Watch the video clip below:

Courtney Love was WARNING about Harvey Weinstein in 2005!

“If Harvey Weinstein invites u to a private party at the Four Seasons, DON’T GO” pic.twitter.com/RK9Vruxy2T

Weinstein settled with actress Rose McGowan after she claimed he assaulted her in a hotel room at the Sundance Film Festival 20 years ago. Other actresses, including Kate Beckinsdale, have come forward to claim that Weinstein acted inappropriately towards them in hotel rooms, often under the guise of a "private party."

This is just the latest thing to come out about how Hollywood knew for years that Weinstein was a dangerous predator. Given that Weinstein had the very real power to ruin a person's career, and that people who spoke out about his abuse (and others in the industry) were either ignored, mocked, or worse, it's understandable how people kept their experiences to themselves--until the floodgates opened with the New York Times piece.

It's sickening that this has gone on for years and was an "open secret" in the industry. At least something now is being done, and hopefully in the future women who warn others about predators in Hollywood will be taken seriously.