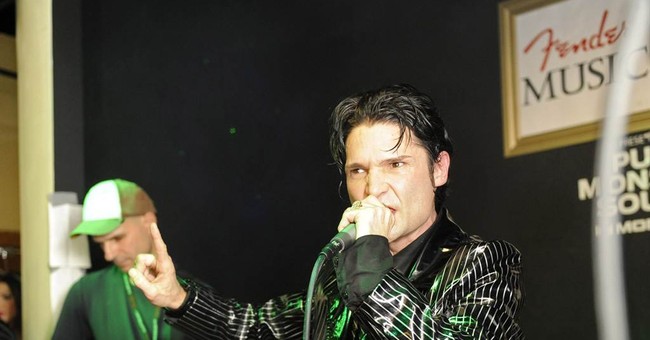 Back in the 1980s, Hollywood teen idols Corey Feldman and Corey Haim appeared in several films together and were known as the "Two Coreys." In the 2000s, they were even in a television series together with the same name. Sadly, Haim passed away in 2010 from pneumonia following a struggle with drug addiction. Shortly after, Feldman became outspoken in his theory that the sexual abuse the two of them received at the hands of Hollywood producers and actors had in part caused Haim's descent into addiction.

In a video unearthed by the Daily Wire, back in 2013 Feldman appeared on an episode of "The View," where he once again claimed to have been the victim of sexual abuse for years. For saying this, then-host Barbara Walters accused Feldman of "damaging an entire industry" with his claims. Walters appeared to dismiss Feldman outright.

Watch the absurd exchange below:

I mean, really? This is absolutely not how a survivor of sexual abuse should be treated. While claims of pedophile rings preying on famous child actors may seem like something from a conspiracy theory website, in light of recent revelations about Harvey Weinstein, they're more than just a little plausible now. And given that seemingly everyone in Hollywood knew for years about Weinstein's predatory nature, it's mind-boggling how Walters, a seasoned industry professional, can respond so callously to Feldman's very serious accusation.

The events of the past week have shown us that the entertainment industry should take a long look in the mirror before attempting to move forward. Fame isn't worth the cost of people's dignity.

This post has been updated to clarify Haim's cause of death.