Rep. Tim Murphy To Resign From Congress After He Allegedly Urged A Woman To Have An Abortion 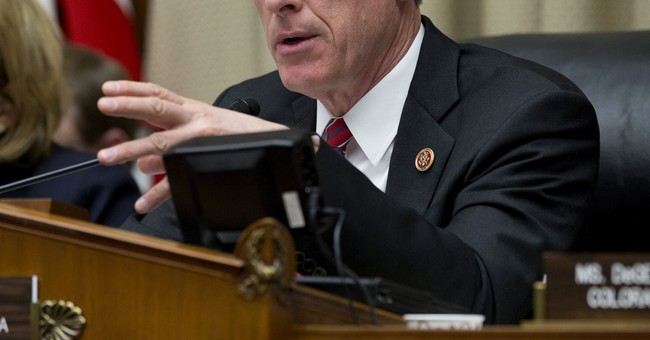 Rep. Tim Murphy (R-PA) has resigned, just a day after saying that he was going to retire at the end of his term. Earlier this week, texts from Murphy's mistress allege the pro-life congressman urged her to have an abortion during a pregnancy scare. (Fortunately, she was not actually pregnant.) He confessed to the affair in September.

Murphy's resignation will be effective on October 21. Speaker of the House Paul Ryan (R-WI) announced that Murphy had resigned shortly after 4 p.m. on Thursday.

"This afternoon I received a letter of resignation from Congressman Tim Murphy, effective October 21. It was Dr. Murphy's decision to move on to the next chapter of his life, and I support it. We thank him for his many years of tireless work on mental health issues here in Congress and his service to the country as a naval reserve officer," said Ryan in a statement.

Murphy was known for his pro-life stance and had been endorsed by several pro-life and pro-family views. Thus, the allegations that he not only urged a woman to have an abortion, but also claimed to have "winced" at pro-life publications from his office rang as particularly hypocritical.

Murphy's district, Pennsylvania's 18th, is considered to be a safe district for Republicans. He did not have an opponent in the 2014 or 2016 elections. Trump won the district by 19 points.