Pro-Life Rep. Who Reportedly Urged Mistress to Have An Abortion To Retire 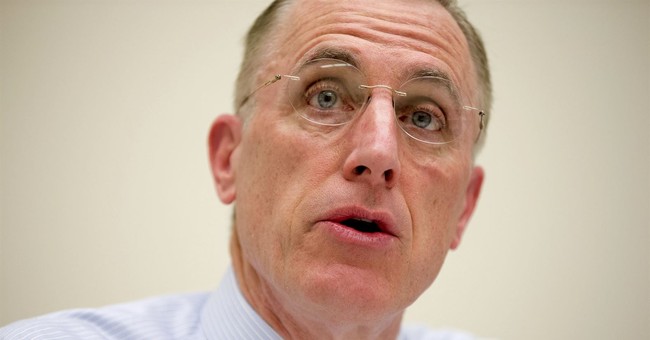 Rep. Tim Murphy (R-PA) will retire at the end of his term, POLITICO is reporting. Murphy was first elected to Congress in 2002 and represents Pennsylvania's 18th district.

#Breaking: Murphy to retire at end of term. pic.twitter.com/hvJTwrmRZ0

Rumors of his departure were first reported by KDKA, the CBS affiliate in Pittsburgh.

#BREAKING: Sources tell KDKA News that Pa. Congressman Tim Murphy is likely to retire after the pro-life Republican sent messages to his mistress urging her to get an abortion. https://t.co/raz7ECWYjW

In a statement, Murphy said that he will be looking to have some personal time with his family.

Murphy, who is in his eighth term, says in a statement Wednesday that he will "take personal time to seek help as my family and I continue to work through our personal difficulties."

In September, Murphy confessed to having an extramarital affair. On Tuesday, text messages from Murphy's mistress alleged that the pro-life representative urged her to have an abortion in January during a pregnancy scare. The woman was not actually pregnant.

"And you have zero issue posting your pro-life stance all over the place when you had no issue asking me to abort our unborn child just last week when we thought that was one of the options," Shannon Edwards, a forensic psychologist in Pittsburgh with whom the congressman admitted last month to having a relationship, wrote to Mr. Murphy on Jan. 25, in the midst of an unfounded pregnancy scare.

Murphy then told his girlfriend that he "winced" at reading the "March for life" messages.

Murphy is a member of the House Pro-Life Caucus and has been endorsed by numerous pro-life organizations. His district went for Donald Trump in the 2016 election by 19 points and is considered to be a "safe" district.

Let's hope the people of Pennsylvania's 18th can elect a real pro-lifer who won't try to force an abortion on someone during an inconvenient situation. They certainly deserve better than Murphy.

To me, the story here isn't that Murphy's nominally pro-life. It's that abortion is always a way out for cowardly men, not freedom for women https://t.co/wlPLJ2OFMC