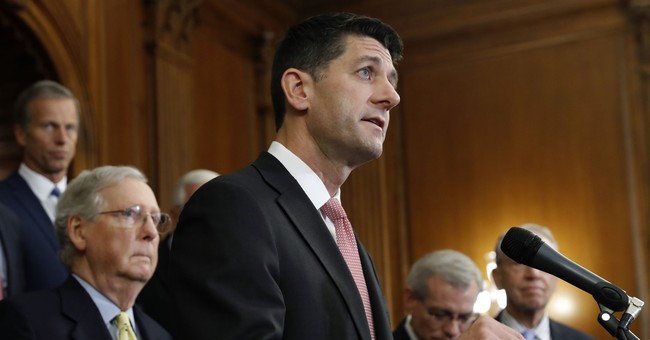 Three and a half months after he was nearly killed in a shooting, House Majority Whip Steve Scalise (R-LA) made a triumphant return to the House floor on Thursday.

While today is obviously an emotional day for everyone in Congress, Speaker of the House Paul Ryan (R-WI) was especially excited to have his friend back at work. A series of photos show Ryan tearing up when he first saw Scalise.

Speaker Paul Ryan brought to tears as he embraces Steve Scalise, who is back on Capitol Hill, @NorahODonnell reports https://t.co/WP46NOB19g pic.twitter.com/qTDV07HRTa

Last month, Ryan was visibly moved when he discussed how he couldn't wait for Scalise to come back to the Capitol.

Of course, Ryan wasn't the only one who was stoked for Scalise to be back.

And here's a clip of that crazy applause:

In a short speech, Scalise singled out one of the officers who saved his life back in June.

"David, you are my hero. You saved my life," Scalise says, pointing out officer David Bailey in chamber crowd https://t.co/WP46NOB19g pic.twitter.com/UuSk7WHyIh

Welcome back, Rep. Scalise. We're so glad you're here.