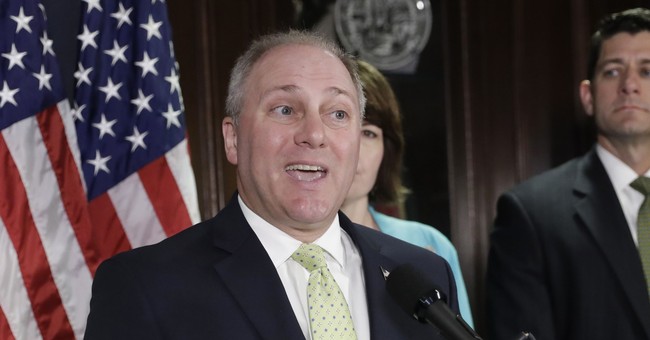 Speaking to CNN during a town hall on Monday evening, Speaker of the House Paul Ryan (R-WI) said that House Majority Whip Steve Scalise (R-LA) is on the road to recovery, but still has a long way to go. Ryan said that Scalise was able to join in on the House GOP conference via a telephone call, which he described as a "very emotional" moment for the other members of Congress. This marked the first time most of the House GOP had heard Scalise's voice since the shooting.

"It was really very emotional for us": Paul Ryan reflects on House GOP's call with Rep. Steve Scalise. #RyanTownHall https://t.co/zlzW8Lcp4Q

Without going into too much detail, Ryan told CNN that Scalise had undergone multiple surgeries related to the bullet that had traveled through his hips, and that he'd have to re-learn how to walk. He will, however, walk again.

Scalise was discharged from the hospital on July 26, more than a month after the shooting. During his time in the hospital, he spent several weeks in the intensive care unit. Scalise was the most severely injured in the attack on the Republican Congressional Baseball Team.

While there's no official timetable set for Scalise's return to Congress, he's hoping to return to work as soon as doctors say he is able.