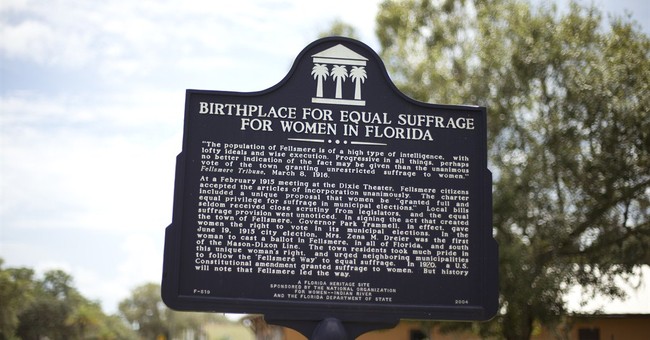 President Donald Trump has officially declared Saturday, August 25, 2017 as "Women's Equality Day." The date is the anniversary of the 19th Amendment to the U.S. Constitution, which granted women the right to vote.

In the press release, Trump said that his administration will continue to support the advancement of women, and that he plans to introduce a national paid family leave plan in the upcoming budget. Trump also spoke about the importance of getting more women involved in STEM careers.

Now, because it's 2017 and everything must be polarized, people then complained that Trump hates women and is trying to ban contraception and abortion. (There have so far been no efforts taken on a federal level to ban either of these things.) Trump was also called a hypocrite due to the continued existence of the wage gap.

Oh, ok, this follows "Made in America" week when we know none of Trump goods are actually made in America, the hypocrisy continues. pic.twitter.com/l6N4vkuQyQ

But no contraceptives, abortion rights, justice for rape crimes, or reproductive rights for women. Rings hollow.

Seriously? This should be true 365 days a year. Take back your damn day, we don't need flowers we need equal pay for equal work, EVERY day.

Well, I hope everyone enjoys Women's Equality Day, I guess.