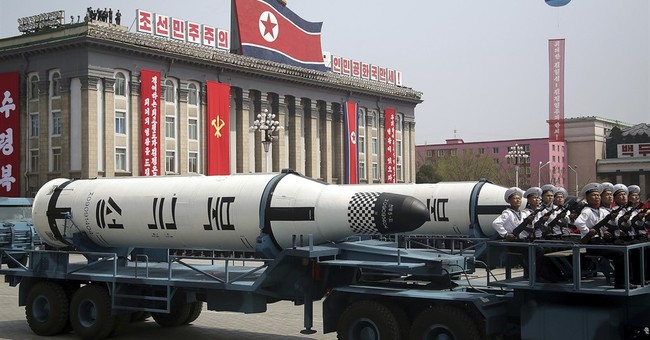 About a month after the death of Otto Warmbier, the University of Virginia student who suffered catastrophic brain damage while imprisoned by North Korea, the Trump administration is seeking to ban American citizens from traveling to the country.

Per the Associated Press, Secretary of State Rex Tillerson will impose a "geographic travel restriction" on North Korea, which would make it illegal to use a U.S. passport to enter the country. This restriction will go into effect 30 days after it is officially announced. The U.S. has previously issued similar restrictions on entering Algeria, Iraq, Cuba, Libya, Sudan, Lebanon, and North Vietnam, during times of conflict when it would be quite dangerous for an American citizen to visit the country.

Warmbier was arrested in January 2016 for allegedly stealing a propaganda poster from his hotel and was sentenced to 15 years of hard labor following a show trial and an obviously coerced "confession." (Among other things, Warmbier claimed that a member of his church wanted him to steal the poster, which seems unlikely as Warmbier was Jewish and not a member of the church in question.) Warmbier was traveling to North Korea with a tour group while studying abroad. Shortly after his sentencing in March 2016, he fell into a coma, and never awoke. North Korean officials claimed that Warmbier was sickened from botulism poisoning, but American doctors found no evidence to back up this claim. The North Korean government has denied torturing Warmbier, and even claimed that he was in a "normal state of health" upon his return to the United States.

Relatively few Americans travel to North Korea as tourists, so this new ban is unlikely to upset too many travel itineraries. Former NBA star Dennis Rodman has visited the country numerous times, and considers Kim Jong-un to be a "friend for life."

Share this on Facebook
Tweet
Don Jr. Says Dr. Fauci Is Not the Only One with Blood on His Hands from COVID-19
Julio Rosas
U.S. Officials Alerted to 'Imminent Radiological Threat' at Chinese Nuclear Plant
Spencer Brown