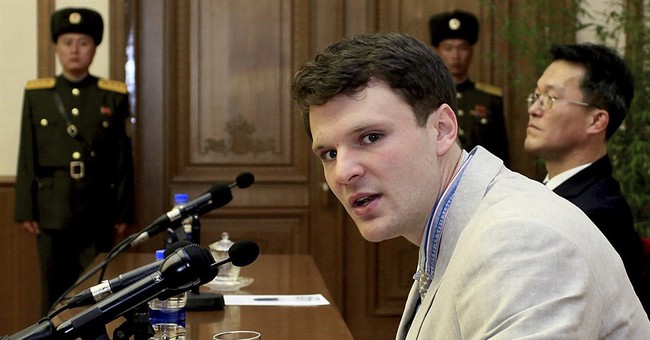 UPDATE: A statement from Mr. and Mrs. Warmbier about their son's passing.

JUST IN: Otto Warmbier, who was freed from North Korea last week but in a coma, has died, his family says pic.twitter.com/OY91429TQf

Otto Warmbier, the University of Virginia college student who was detained for over a year in North Korea, passed away at 2:20 p.m. on Monday, his family told an Ohio news station. He was 22.

The hospital also confirmed his passing.

Warmbier was evacuated from North Korea last week, shortly after his parents discovered that he had been in a coma for over a year. He was sentenced to 15 years of hard labor in March 2016 after he allegedly stole a propaganda sign from a hotel. His sentencing in March was the last time Warmbier was seen in public. He fell into a coma shortly afterwards.

North Korean officials claimed that Warmbier fell into a coma after he came down with botulism. American doctors said that there was no evidence to support this claim. Warmbier had extensive brain injuries and was reportedly unable to recognize language. Doctors theorized that his brain injury was caused by a lack of oxygen to the brain, but it is unknown as to what caused this.