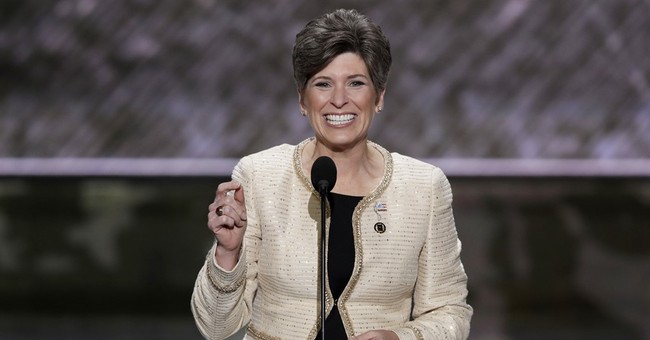 A man with a history of mental illness has been arrested by the FBI for making death threats against Sen. Joni Ernst (R-IA).

Robert William Simet, of Omaha, was arrested on Friday after he made comments at a venue in Iowa where Ernst would be speaking the next day. Simet made comments alleging that Ernst was connected to the Islamic State, and that he believed that he "could kill" the senator at the event. Simet also reportedly said that everyone in the government should be "killed off."

An arrest affidavit says employees of a Pacific Junction, Iowa, motorcycle shop told an FBI agent that Simet had been there Wednesday and made several statements about Ernst, including that he believed that she was a member of the Islamic State.

Simet said he knew that Ernst was scheduled to speak Saturday at an event at the motorcycle business. Simet is accused of telling an employee that he “could kill” Ernst at the event, and telling another employee that “everyone in the government needs to be killed off.” (Omaha World-Herald)

A friend of Simet said that he "wasn't surprised" to hear of the arrest, but wanted to make it clear that his friend is mentally ill, and not a "bad guy." Simet was diagnosed with schizophrenia about a decade ago. He is being held without bail in the Pottawattamie County Jail, and will be in court on Tuesday.

Ernst was elected to the Senate in 2014. She is the first woman to represent Iowa in the Senate, and she was the first female veteran ever to serve in Congress.