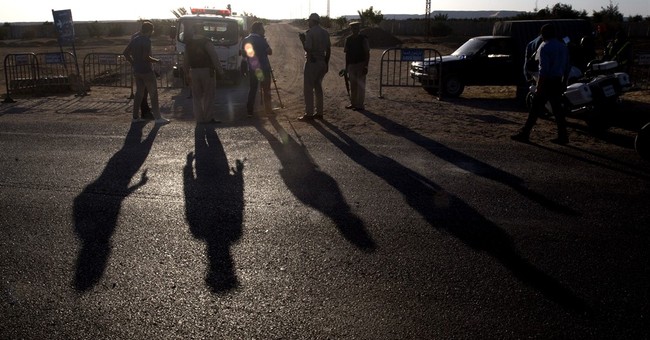 President Trump has issued a statement in response to the massacre of more than 20 Coptic Christians this morning in Egypt. Gunmen dressed in military uniforms stormed a bus full of Copts that was headed to a monastery and opened fire, killing at least 26, including children, and injuring dozens more.

Trump's statement said that the terrorists are in a "war against civilization" and that there is a need to "confront and defeat" them. He also said that this attack "steels our resolve" to bring nations together to "crush" terrorism. Trump also said that the "bloodletting of Christians must end," and that anyone who assists terrorist groups must be punished.

Read the full statement below:

.@POTUS condemns attack on Christians in Egypt. "The bloodletting of Christians must end, and all who aid their killers must be punished" pic.twitter.com/9xpj0RXxgv

MORE: Egyptian air strikes in Libya were directed at camps where militants who attacked Christians in Egypt were training- military sources https://t.co/7qaqfXgztU