Samantha Bee Apologizes After Calling A Cancer Patient a Nazi 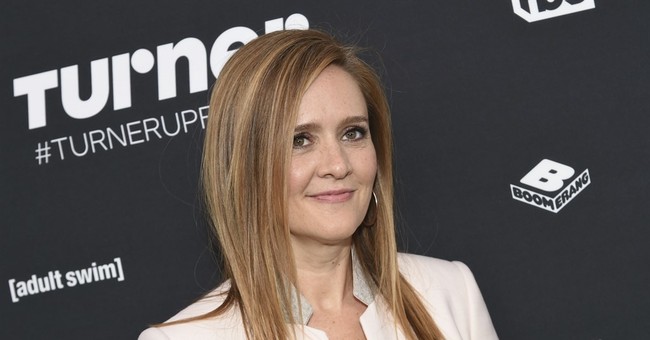 Samantha Bee, the host of TBS' "Full Frontal With Samantha Bee," has apologized after referring to a brain cancer patient as someone with "Nazi hair." In a video recap of CPAC that aired on Wednesday night, several male attendees were singled out as having "Nazi hair." One of them, Kyle Coddington, didn't pick his hairstyle: he's a brain cancer patient.

His sister, Megan, called out Samantha Bee for calling her brother a Nazi, in a tweet that has since gone viral.

When @iamsambee makes fun of your brother for having "Nazi hair." He actually has stage 4 brain cancer, but whatever floats your boat. pic.twitter.com/ULJC8nA3IX

Kyle himself tweeted that while other people might have chosen their haircut in homage to the Third Reich, he received his due to cancer. According to OUTSET, where Kyle is a contributor, he recently finished his first round of radiation and chemotherapy.

Bee and the show both apologized to Kyle for "offending" him, and said that they have removed the clip from the video.

@meg_kelly16 We deeply apologize for offending you and @_that_kyle. We only learned of his condition today & have removed him from the piece

We deeply apologize for offending @_that_kyle in our CPAC segment. We only learned of his condition today & have removed him from the piece.

But...come on. They're only apologizing that they offended him, not for calling him a freaking Nazi. It's not nice to call someone a Nazi for sporting what's (bizarrely, in my opinion) a pretty popular hairstyle. Further, isn't the "Republicans-are-Nazis-LOL" trope kind of tired by this point? Full Frontal needs to find another joke, and this time they should try to not insult someone with brain cancer.