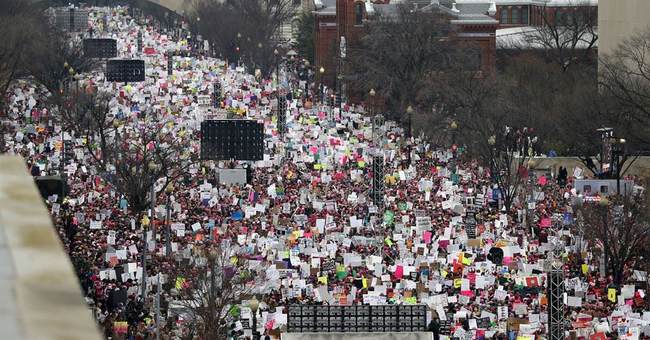 Matt wrote yesterday about how schools in Alexandria, VA would be closed today because so many teachers requested time off for the "A Day Without A Woman" general strike. Now, another D.C.-area school district has called off classes today as well: Prince George's County Public Schools. The district closed after 1,700 people requested the day off, and 30 percent of the transportation staff asked for it off as well.

It was announced around 5:30 p.m. on Tuesday that school would be closed on Wednesday, giving parents only a few hours to scramble to find childcare for the day. Some parents were unaware that school had even been canceled for the day and attempted to drop their children off on Wednesday.

REPOST! Schools Closed Wednesday, March 8 for "A Day Without a Woman" pic.twitter.com/4h5kd6fctX

Nearly two-thirds of the 127,000 students in the district are eligible for free or reduced-price lunch. Per WTOP, teachers who didn't ask for Wednesday off were expected to report to work.

While I understand the desire to strike, it seems rather counterproductive for a teacher to take the day off. It makes more sense for a female teacher to act as a strong role model for her students (and to teach them the importance of respecting everyone, regardless of sex) rather than take the day off.

This Trial Was A Disgrace
Townhall
'Take these masks OFF of my child'! Georgia mother who's HAD IT with mask mandates LIGHTS UP school board and YAAAS (watch)
Twitchy
People Are Legit Shook After Powerfully Responsible Lemon/Cuomo Segment on Columbus Police Shooting
Redstate
WITCH HUNT: Mass. Locals Organized to Force Businesses to Embrace BLM
PJ Media