"A Day Without A Woman" Strike Options Explained 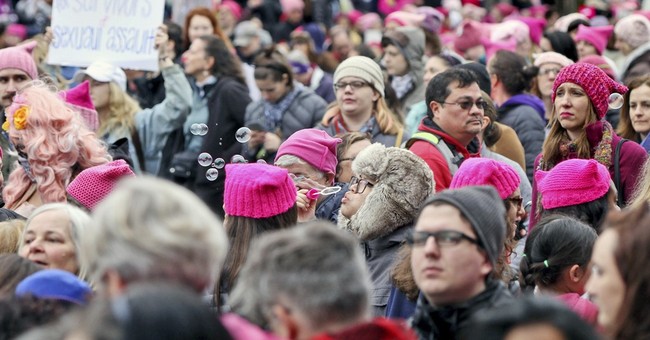 The Women's March on Washington has unveiled the three ways women can partake in the "A Day Without A Woman" general strike on International Women's Day, March 8. Women are not supposed to engage in "paid or unpaid work" or shop/spend money, and they should wear red in solidarity.

As some pointed out, this may backfire--given that shopping is a pretty big female stereotype.

@womensmarch is avoiding shopping really going to change the hearts and minds of men who have been praying for this for millennia?

@womensmarch Hope you have good evidence this is going to work; you can't afford a fizzle. Asking people to forego income a BIG ask. Luck.

It's unclear as to what exactly the "A Day Without A Woman" general strike is meant to accomplish. That's generally the point of such activities--people don't just strike for funzies. President Trump isn't going to resign the presidency because a small group of people don't show up for work or go shopping or wear red. That's not how any of this works.

Ironically enough, the United Nations' theme for this year's International Women's Day is “Women in the Changing World of Work: Planet 50-50 by 2030.” It's a shame some American women won't be doing their part to actually participate in the working world on that day.

GOP Congressman Asks Fauci THE Question That's on Everyone's Mind Right Now
Townhall
People are noticing something about the latest Pew poll showing Biden at nearly 60 percent approval
Twitchy
Ontario Announces Virus Restrictions That Cause Such a Huge Backlash, Even Police Won't Enforce Them
Redstate
You Will Not Believe the INSANE Proposals This City Is Considering for 'Reimagining' Public Safety
PJ Media