Trump: I Tried To Meet With Rep. Cummings, But He Wouldn't Make A Meeting 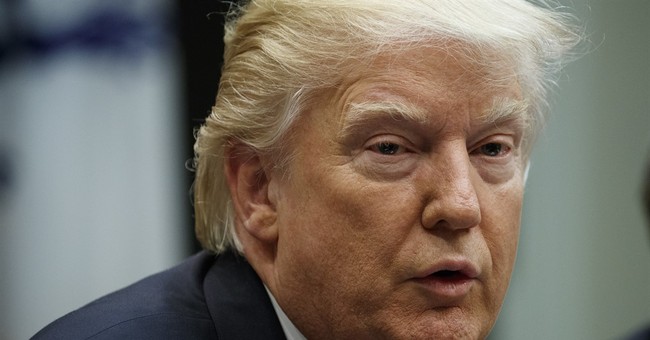 At Thursday's press conference, President Donald Trump said that he had made multiple attempts to meet with Rep. Elijah Cummings (D-MD) to discuss ways to improve the inner cities as well as HBCUs, but the representative had been dodging his calls. Trump blamed Sen. Chuck Schumer (D-NY) as for why Cummings was not willing to set up a meeting. He then asked the reporter, April Ryan of American Urban Radio Networks, to "Set up a meeting" between him and the Congressional Black Caucus.

Trump's rather unorthodox request to Ryan set off somewhat of an internet meme:

As a random black woman in media, @ashleyn1cole is happy to set up the meeting between @potus & the Congressional Black Caucus. pic.twitter.com/dvFrDvv9Ok

Trump just said he would meet with the Congressional Black Caucus. May I request that @JoyAnnReid provide special coverage?

Hello Congressional Black Caucus, I am calling to set up an appointment for Mr Trump #CBCTrumpCall pic.twitter.com/gUYpmWaI4m

Asking black reporter if she was friends with the CBC.

As for Ryan, she thanked Trump for answering her questions, and said that she's a "journalist not a convener!"

I am a journalist not a convener! But thank you for answering my questions. https://t.co/fe9cGXG46w

For what it's worth, both the CBC and Cummings' office have denied that they are attempting to avoid meeting with Trump.

Cummings' office quickly disputed that characterization and said a fuller statement would be forthcoming.

Cummings told POLITICO last week that he intended to meet with Trump to discuss prescription drug prices. And he later told reporters he intended to raise the issue of voter suppression in minority communities. But the meeting was never officially scheduled.

The CBC was slightly more blunt:

Hi, @realDonaldTrump. We’re the CBC. We sent you a letter on January 19, but you never wrote us back. Sad! Letter: https://t.co/58KiuHmITF