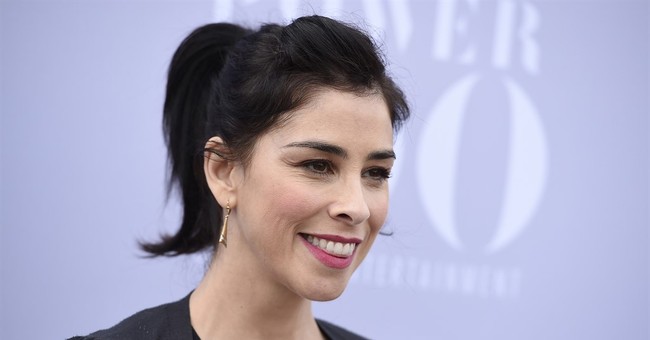 Let's take a minute to pray for comedian Sarah Silverman, who has clearly lost her mind in the wake of the election.

Now that that's over, let's take a gander at this tweet, sent out on Wednesday evening. In it, Silverman said that people need to "wake up and join the resistance" and that "once the military is w [sic] us fascists get overthrown." She also linked to a tweet that outlined the actions of the Trump administration on February 1, which included such horrors as Rex Tillerson being made Secretary of State and Trump flying to greet the remains of a fallen Navy SEAL. Silverman's tweet has been shared over 2,000 times.

WAKE UP & JOIN THE RESISTANCE. ONCE THE MILITARY IS W US FASCISTS GET OVERTHROWN. MAD KING & HIS HANDLERS GO BYE BYE???? https://t.co/Y2WZbL012A

One small issue: this is quite literally the dictionary definition of treason.

Dilbert cartoonist Scott Adams seemed to have predicted all of this madness back in June, when he "endorsed" Hillary Clinton out of fears he'd be an assassination target if Trump won. After all, Adams said, if you liken a person to Hitler as Trump had been, you're making it morally permissible to kill said person. It appears that his prediction was spot-on.