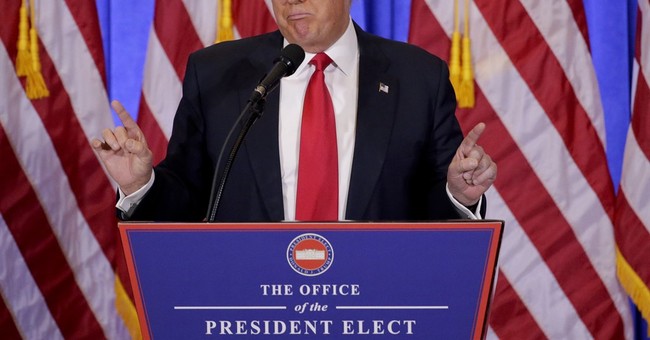 On Meet The Press over the weekend, Rep. John Lewis (D-GA) claimed this Friday will be the first time he has skipped an inauguration.

Rep John Lewis on #MTP: "I don't plan to attend the inauguration..first one that I miss since I've been in Congress" https://t.co/4wRHSuFtmM

As it turns out, this isn't true: Lewis did not attend George W. Bush's inauguration in 2001 and instead spent the day in Atlanta.

(His staff now claims that they "forgot" about that.)

John Lewis's staff says he forgot that he boycotted George W. Bush's inauguration: "That was almost 20 years ago." https://t.co/Jpnpq1QYyI

Anyhow, the president-elect took it upon himself to act as Lewis' fact-checker. Trump posted a series of tweets calling out Lewis for his inaccuracy.

John Lewis said about my inauguration, "It will be the first one that I've missed." WRONG (or lie)! He boycotted Bush 43 also because he...

"thought it would be hypocritical to attend Bush's swearing-in....he doesn't believe Bush is the true elected president." Sound familiar! WP

In addition to Lewis, more than 40 of his colleagues will also be boycotting the inauguration.