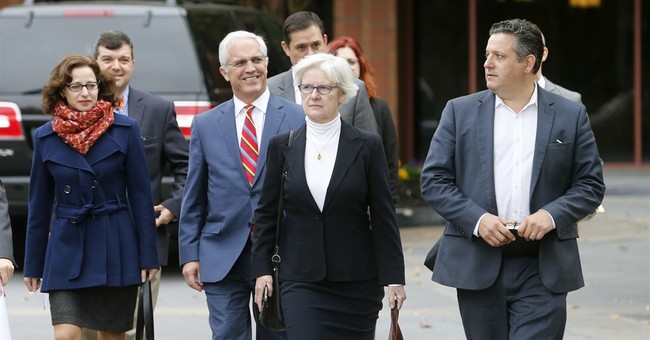 Rolling Stone magazine, along with journalist Sabrina Rubin Erdely, and parent company Wenner Media have been found liable with malice on three defamation claims related to the now-discredited article "A Rape On Campus." The article, written by Erdely and published on November 19, 2014 in Rolling Stone told the story of "Jackie," a University of Virginia student who alleged she was gang raped by several fraternity members as part of an initiation ritual.

When it was revealed that nearly the entire article was a lie and no sexual assault actually took place, Rolling Stone retracted the piece and UVA associate dean Nicole Eramo, among others, filed defamation suits against the magazine and Erdely. The piece portrayed Eramo as particularly heartless against "Jackie's" alleged assault, and there were on-campus protests calling for her firing.

Eramo is seeking $7.5 million. The actual damages will be determined at a later date.

Rolling Stone apologized to Eramo in a statement for the "journalistic mistakes" that occurred during the writing and publishing process.

On Twitter, people celebrated the verdict and criticized Rolling Stone and Erdely for their irresponsibility.

My god, Eramo pulled it off https://t.co/eMJsMVH5EX

This is only the beginning for Rolling Stone. Eramo wasn't the only person defamed. The fraternity gets the next bite at the apple.