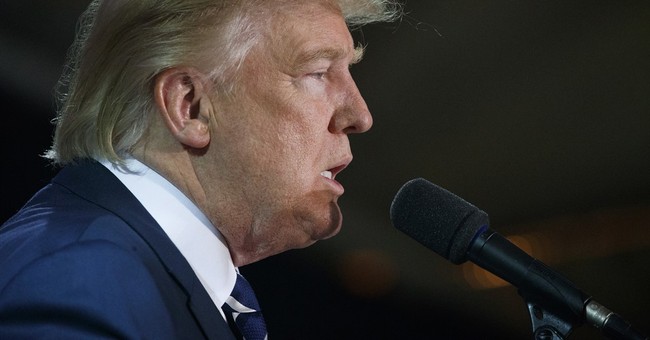 A new poll out of New Hampshire has Donald Trump with an ever-so-slight lead in the Granite State over Hillary Clinton. The InsideSources-NH Journal poll showed Trump with 45 percent to Clinton with 43 percent. Gary Johnson and Jill Stein are polling at 4 and 2 percent, respectively.

In the poll conducted October 26-28, Republican presidential nominee Donald Trump has a 1.7 point advantage over former U.S. Sec. of State Hillary Clinton, with 42.9 percent favoring her versus 44.6 percent for her Republican opponent in a five-way race. Among the third-party candidates, Libertarian Gary Johnson received 4.4 percent support, Green presidential hopeful Jill Stein was at 1.8 percent, and independent Evan McMullin was at 0.9 percent. The poll found 2.1 percent support for other candidates, and 3.5 percent are undecided.

Trump's gains in New Hampshire seem to come at Johnson's loss. At one point in October, Johnson was polling at 10 percent in the state, but after comments that suggested he was not quite ready for prime time, his support collapsed.

The last time New Hampshire went for a Republican in the presidential election was in 2000. New Hampshire has four total Electoral College votes up for grabs.