Catholic School District Threatens To Sit Anyone Who Disrespects The Anthem 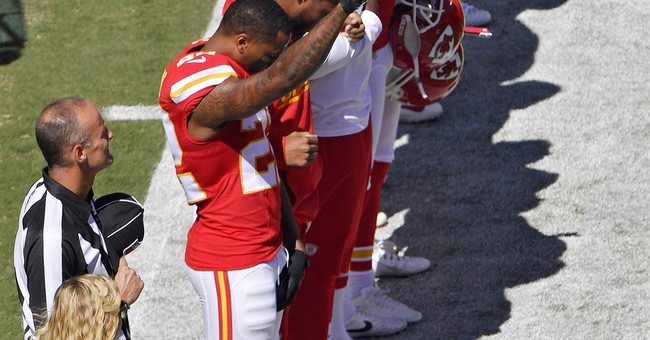 The Diocese of Camden, which sponsors six high schools in southern New Jersey, has put out a stern message to any would-be copycats of Colin Kaepernick: Sit out the anthem, and you'll be sitting out of the game too.

The letter, which was written by Mary P. Boyle, the superintendent for the Diocese of Camden, threatened a two-game suspension for anyone who did not respect during the Star-Spangled Banner, or any other pledge or prayer said at a game. She also pointed out that Catholic schools are not public institutions, and therefore are not subject to the First Amendment.

The full text of the letter:

In light of the recent controversy regarding the NFL player’s refusal to stand for the National Anthem, I seek to clarify the position of the Office of Catholic Schools. I ask that this be communicated to those listed above.

It is expected that our administration and coaches as well as our athletes will show respect during prayer, pledges and the playing or singing of the National Anthem.

The best approach is helping our young people understand that blood was sacrificed so that we all can enjoy the gifts of our faith and our country.

However, let me be clear. We are not public institutions and free speech in all of its demonstrations, including protests, is not a guaranteed right.

Failure to do demonstrate appropriate respect will result in suspension from play (2 games) or dismissal from the team for subsequent offenses.