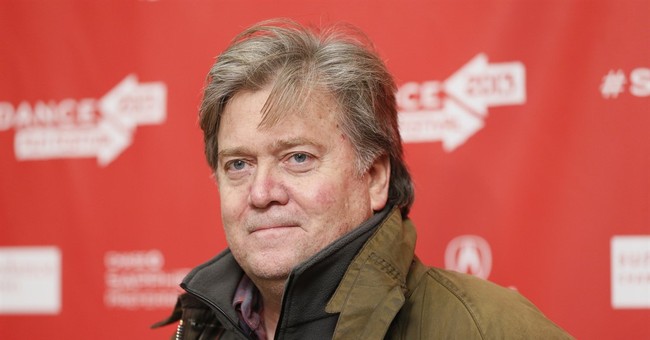 The ad consists of a variety of narrators reading headlines, to the point where they get so "disgusted" by them they cannot read them out loud. (Although it's odd the ad would still display the "offensive" headlines, but I digress.) The ad then says that Trump's hiring of Bannon was an act of "doubling down" on "bigoted rhetoric," and encourages people to register to vote.