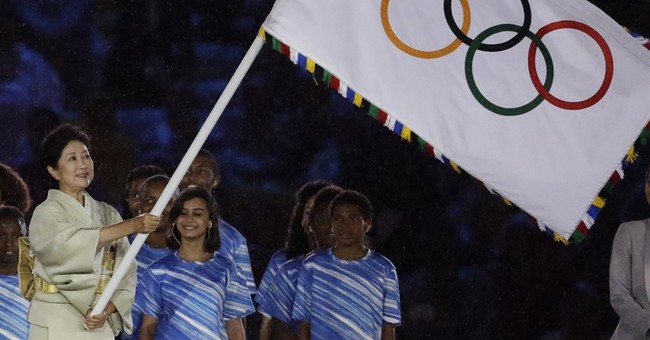 The Summer Olympics ended on Sunday, and the United States had quite the two weeks in Rio. Team USA brought home 121 medals--46 gold, 37 silver, and 38 bronze--the most ever for an Olympics held outside of the United States.

This was all fine and dandy for everyone except the European Parliament. The official Twitter account sent out a tweet congratulating the non-existent country of European Union for winning the most medals in Rio.

Huge congratulations to all the European winners and participants at #Rio2016, you did brilliantly! ?? pic.twitter.com/vPTjkedjXD

This, of course, is insane. The athletes weren't competing for the European Union, they were competing for their individual nations. The European Union flag wasn't flown when Sanne Wevers won her gold medal on the balance beam--the Dutch flag was. The European Anthem wasn't played when Katinka Hosszu won three gold medals in swimming--the Hungarian national anthem was. The whole of the European Union didn't go "O'Donovan mad" when Gary and Paul O'Donovan won silver in rowing--that was just Ireland. (The rest of the world did, however, giggle at their hilarious interviews.)

While some in the U.S. have pointed out how Maryland, Texas, and California would actually have come in pretty high in the medal rankings, it's a bit different to claim the success of athletes from other nations as your own. To the best of my knowledge, Team Great Britain hasn't put out any tweets trying to swoop in on the success of Canada's Penny Oleksiak or Jamaica's Usain Bolt, despite both athletes living in the Commonwealth of Nations under Queen Elizabeth.

Just stop trying, European Parliament. Let the individual nations celebrate their athletes without trying to lump them together under some bizarre globalist banner.