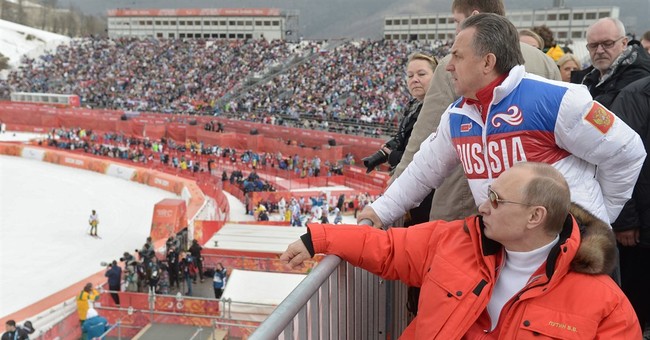 The IOC declined to ban every Russian athlete from the Rio Olympics despite allegations of a massive, state-run doping ring, instead leaving it up to the individual sports federations. Most sports, save track and weightlifting gave Russia the green light to compete. The Russian Paralympic teams, however, weren't so lucky: they have been completely banned from the upcoming Paralympics in Rio due to alleged widespread Russian doping during the 2014 Sochi Paralympics.

The  announced at a news conference that Russia would be kicked out of its Games, which will run after the conclusion of the Olympics, from Sept. 7-18.

The IPC acted in the wake of a report commissioned by the and written by Richard McLaren regarding a staggering level of state-sponsored, organized doping across the Russian sports system.

"The McLaren report marked one of the darkest days in the history of all sport,” IPC president  said. “The actions were a body blow to clean, fair, honest sport. The Russia state-run program of cheating questioned the integrity and credibility of sport as we know it.”

According to reports from the World Anti-Doping Agency, urine samples from at least 10 Russian paralympians were swapped out with clean samples. Russia won 80 medals in the 2014 Paralympics, including 30 gold.

The Paralympics begin on September 7.