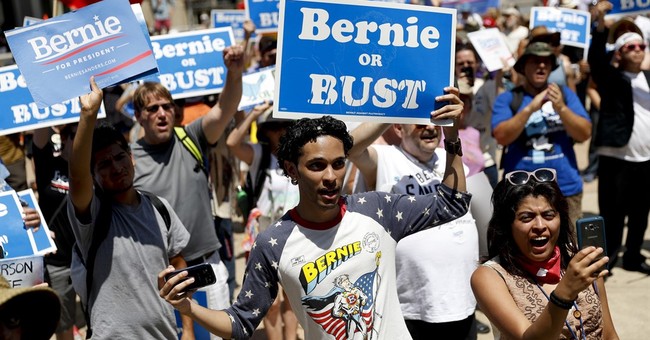 Vermont Sen. Bernie Sanders is still technically running for president, as he has yet to formally suspend his campaign. In his speech last night, Sanders acknowledged that Hillary Clinton should be the next president, yet also said that he looks forward to his delegates voting for him in Tuesday's roll-call vote.

On his website, Sanders is still soliciting for donations to his campaign. His wife, Jane Sanders, had an awkward hot mic moment on Monday evening.

People were also making jokes about how Sanders is having a very tough time at letting his campaign go:

What if Bernie was just like "it is an honor to accept the nomination."

Thought Bernie was about to say "& I'm happy to accept the nomination for President of the United States" for a moment there. #DemsInPhilly

Hillary Clinton will be formally nominated this evening--and hopefully by then Sanders realizes that the dream is dead.