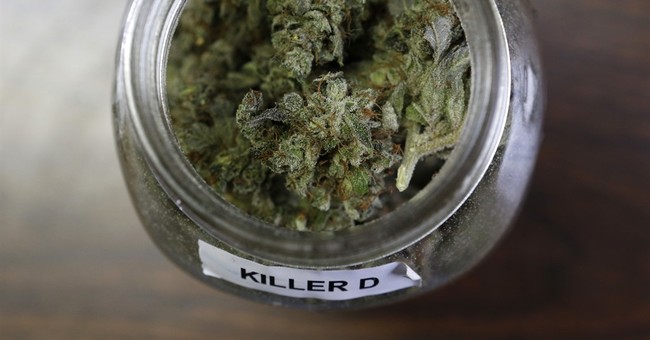 It looks as though California will be considering a measure this November to legalize the recreational use of marijuana by adults over the age of 21. If the ballot measure actually makes the ballot, both California and Maine may soon be joining Oregon, Washington, Colorado, Alaska, and the District of Columbia as states where it's completely legal to toke up.

To make the ballot, organizers had to garner more than 365,880 signatures. According to the coalition behind the ballot initiative, over 600,000 people have signed in support. Supporters of the measure include Lt. Gov. Gavin Newsome (D) and Facebook president Sean Parker.

"This November, California voters will finally have the opportunity to pass smart marijuana policy that is built on the best practices of other states, includes the strictest child protections in the nation and pays for itself while raising billions for the state,” Newsom said in a statement.

The coalition, which includes some law enforcement and civil rights leaders, needed to collect 365,880 signatures of registered voters to qualify the initiative, which would also place a 15% tax on retail sales of the drug.

The use of marijuana in public and while driving would remain illegal. Parker, a billionaire who also co-founded the file-sharing service Napster, donated more than $1 million to the campaign to collect signatures and qualify the initiative.

California already has a very extensive medical marijuana program, which was first approved by voters in 1996.