The Cecil Effect? Zimbabwean Park Ranchers Warn They May Have To Shoot 200 "Surplus" Lions 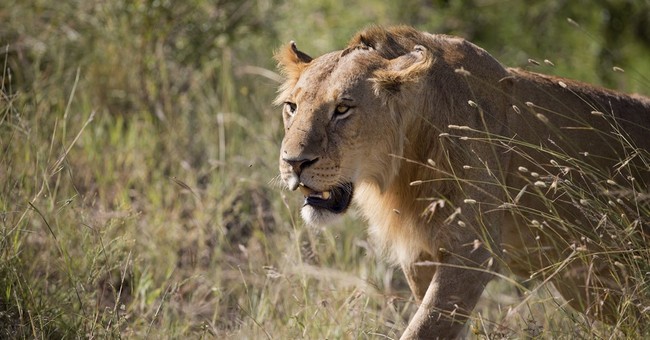 In 2015, a dentist from Minnesota shot and killed a supposedly-beloved lion named Cecil while on a hunting trip in Zimbabwe. There was mass outrage over this, and animal rights activists around the globe were horrified.

The outrage, unfortunately, is having real, unexpected, consequences on Zimbabwe. Now, ironically, due to the severe reduction in big game hunters, there are simply too many lions in the reserve--and unless they are taken in by another agency, they may have to be culled.

Conservationists estimate about half of Zimbabwe’s wildlife has disappeared since President Robert Mugabe’s seizure of white-owned land began in 2000, but Bubye has held on by attracting wealthy hunters whose fees support its wildlife work.

But last year’s shooting of Cecil, in a conservancy bordering Hwange National Park, sparked a huge backlash against big-game hunting, and bolstered a U.S. plan to ban trophy hunting imports.

Plummeting oil prices have further led to a drop in the number of visitors from U.S. states such as Texas, from where traditionally large numbers of hunters go to Zimbabwe.

Bubye’s lions are decimating populations of antelope, along with other animals such as giraffe, cheetah, leopards and wild dogs, after the driest summer on record kept grasses low and made the small game easy targets.

Blondie Leathem, general manager of Bubye Valley Conservancy, said: “I wish we could give about 200 of our lions away to ease the overpopulation. If anyone knows of a suitable habitat for them where they will not land up in human conflict, or in wildlife areas where they will not be beaten up because of existing prides, please let us know and help us raise the money to move them.”

As it turns out, apparently actual Zimbabweans might have a more nuanced understanding of conservation efforts than outraged Americans who enjoyed the Lion King movie. Who'd have thought?