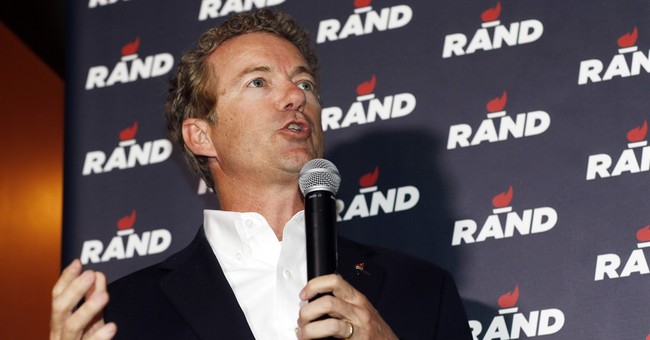 Sen. Rand Paul (R-KY) is not a fan of taxes. He hates them so much, in fact, he wants to burn the tax code. Or run a chainsaw through it. Or put it through a wood chipper.

Paul does all three of these things to the tune of the Star-Spangled Banner, all while promoting his "one page tax code" with a flat tax of 14 and a half percent.

Clicking each of the options presented at the end of the video directs to a short film of Paul "killing" the tax code in the selected manner.

While the 2016 campaign is still in its nascent stage, we've already seen "hidden" videos of the Jindal family, domain name trolling (both clever and not-so-much), a gospel cover of an Eminem song, and a Rick Perry-fied version of a country song. Now we have Sen. Paul shoving 70,000 pages into a woodchipper. It's safe to say this election is going to be a crazy one.