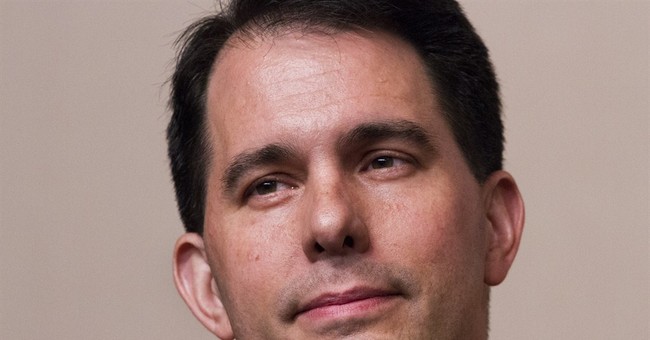 Candidates learned from Carly Fiorina's unfortunate mishap with CarlyFiorina.org about the importance of buying domain names before launching a campaign. While things had been fairly quiet as of late on the URL activism front, Wisconsin Gov. Scott Walker (R) fell victim (kinda) today shortly after announcing his candidacy.

Today, Walker officially entered the 2016 election. In response, someone purchased the domain name "ReadyForWalker.com"--and redirected it to the website for Planned Parenthood Action Fund, the 501(c)(4) associated with abortion giant Planned Parenthood.

While this would appear to be a rather sneaky/clever/harmless bit of online activism, there's a slight problem. Unlike, say, (Candidate's Name).org, which one would hope a campaign would buy before officially launching, there's no actual "Ready for Walker" group, nor has the phrase been associated with his campaign. Walker's campaign catchphrase is "Scott Walker for America," not "Ready for Walker." His actual website is ScottWalker.com, which also can be accessed by typing in ScottWalker.org.

This activism is likely in response to Wisconsin's recent passage of a measure banning abortion after 20 weeks gestation.