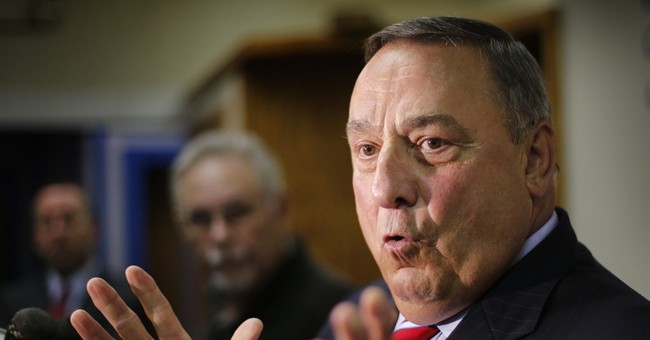 Maine Governor Paul LePage (R) said Monday on a talk radio show that he is considering challenging Senator Angus King (I-ME) in 2018 when King is up for reelection. King, who served as governor of Maine from 1995-2003, is an independent who caucuses with the Democrats. LePage was recently re-elected to a second term as governor following a contentious three-person election.

It was difficult to determine whether LePage, Maine’s Republican governor, was serious when he was asked by Howie Carr, a well-known conservative radio talk show host, if he was going to run against King, an independent.

“After his real profile in courage, I’m considering it,” LePage told Carr. When asked to elaborate on his response, LePage said it was a reference to King’s switching his political support from independent Eliot Cutler to Democrat Mike Michaud late in last fall’s gubernatorial race.

“I just thought it was a horrible thing to do,” LePage said in the interview.

Granted, there's a long time between now and 2018, but can LePage actually win? King is wildly popular amongst the people of Maine, and cruised to a relatively easy victory in 2012. LePage has a few years to prove himself, but I personally think that his Senate chances are pretty dim at this point.